Why We Value Being a Member of the Maryland Collaborative

The Maryland Collaborative has been an excellent resource for helping us reduce destructive behaviors, especially excessive drinking within our student body. They hold us accountable towards our goals and have enabled us to give training that helps Midshipmen improve their own behaviors while aiding their development as leaders for their future Sailors or Marines. 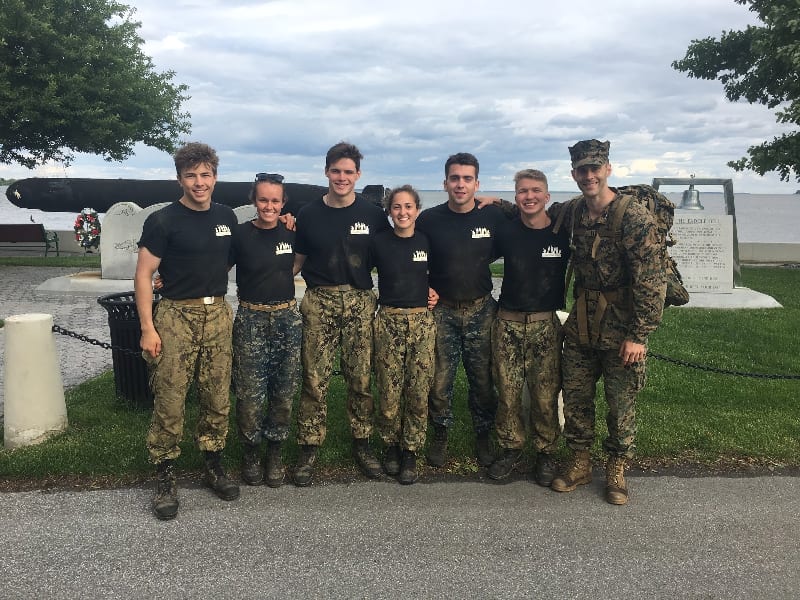 ​The United States Naval Academy (USNA) is a federal service academy adjacent to Annapolis, Maryland. Established in 1845, under Secretary of the Navy George Bancroft, it is the second oldest of the five U.S. service academies, and educates officers for commissioning primarily into the United States Navy and United States Marine Corps. The 338-acre campus is a National Historic Landmark and home to many historic sites, buildings, and monuments.

Candidates for admission generally must both apply directly to the academy and receive a nomination, usually from a member of congress. Students are officers-in-training with the rank of midshipman. Tuition for midshipmen is fully funded by the Navy in exchange for an active duty service obligation upon graduation. Approximately 1,200 “plebes” (an abbreviation of the Ancient Roman word plebeian) enter the Academy each summer for the rigorous Plebe Summer. About 1,000 midshipmen graduate. Graduates are usually commissioned as ensigns in the Navy or second lieutenants in the Marine Corps, but a small number can also be cross-commissioned as officers in other U.S. services, and the services of allied nations.